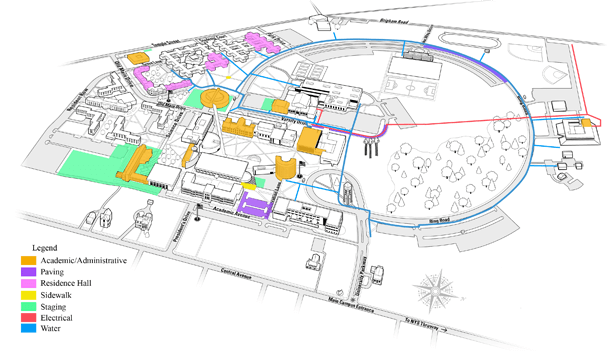 Washington, D.C. – A new collaboration between Associated Builders and Contractors (ABC) and Business Social will, for the first time, provide the public with a virtual illustration of the great volume and diversity of projects ABC member companies are building from coast to coast through a new program called Map ABC.

During the months ahead, a national map and individual state maps will offer specific information on U.S.
construction projects being built by ABC member firms, showcasing their national economic impact. In addition, viewers will be able to click on each individual construction site to view a description of the project, including photographs and/or drawings, the project’s status and principals involved.

“This dynamic new initiative will demonstrate the tremendous influence construction projects have on the nation’s economy and job creation,” said ABC President and CEO Mike Bellaman. “Through participation in this new initiative, ABC member firms will show the public, developers, owners and elected officials how they are building America.”

“We are excited to be working with Associated Builders and Contractors by implementing an innovative technology that will help build community around ABC chapters and provide national focus to the men and women that shape the landscape of our communities and cites,” said Rick Geritz, president and CEO of Business Social.

Now operating as a pilot program in four ABC chapters, including the Baltimore Metro Chapter, all 75 ABC chapters will have the opportunity to develop a chapter- specific map illustrating the hub of construction activity in that area. Each construction project will be connected through social media outlets such as LinkedIn and Facebook, providing greater visibility and networking opportunities.