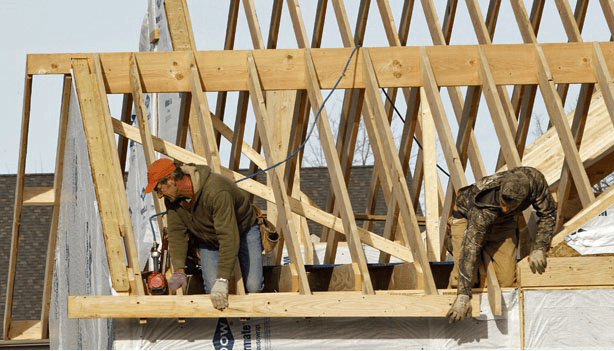 Construction hiring is picking up as Americans invest in renovating their homes amid signs that the worst of the housing-market declines may be over.

The number of people working in residential remodeling grew 5.8 percent in December to 250,700 from a year earlier, based on preliminary data released Feb. 3 by the Bureau of Labor Statistics. This was the highest growth for

these jobs — which account for about 5 percent of construction employment — since December 2006, before the housing bubble burst.

Sales of existing homes, which rose 4.3 percent in January, precede spending on improvement projects by about six months, as new owners often do a lot of “fix-ups” soon after they move in, said Kermit Baker, a senior fellow at Harvard University’s Joint Center for Housing Studies. That means there’s now a “strengthening market” for this work, buoyed by demand that’s more discretionary in nature — such as minor kitchen remodels – – and mild winter weather in much of the U.S.

“More remodeling projects are going to create more jobs in the construction industry,” said Baker, who also is the chief economist for the American Institute of Architects.

Home Depot Inc. (HD), the world’s largest home-improvement retailer, echoed the optimism yesterday when it reported fourth- quarter net income that exceeded analysts’ estimates. An increase in traffic and transactions among its professional customers is encouraging as “they’re getting more jobs, more work,” Craig Menear, executive vice president of merchandising at the Atlanta-based company, said on a conference call.

Home improvement probably will bounce back the most this year since 2006, after spending fell as much as 20 percent during the three-year home-remodeling slump that ended in mid-2010, Baker said. Growth in the “low-to-mid-single digits” may follow an estimated 0.8 percent last year, with total spending projected to be $112.4 billion in 2012, he said, citing the Cambridge, Massachusetts, center’s leading indicator of remodeling activity.

The index forecasts changes in the industry for the current quarter and subsequent three periods, using data including sales of existing homes, which rose to a 4.57 million annual rate in January, the highest since May 2010, the National Association of Realtors said today. December sales were revised down to a 4.38 million pace from 4.61 million.

Growth also is showing up in another index based on the number of construction permits filed, which rose 23 percent in December to 127.4 from a year earlier, according to Joe Emison, co-founder and vice president of research and development at BuildFax, an Austin, Texas-based real-estate data company.

Another driver for the rebound in contractor hiring comes from “pent-up demand” by Americans who can’t afford to move, said Ellen Zentner, a senior economist at Nomura Securities International LLC in New York. She was among the top-ranked forecasters of nonfarm payrolls as of Feb. 1, according to data compiled by Bloomberg.

“If you can’t sell your home, may as well make the box you live in better,” she said.

The rebound “makes sense” because BuildFax’s data captures all work that requires a hired contractor, which accounts for about two-thirds of such projects, Emison said. Amid a “glut of bad homes” on the market, and with homeowners worrying their properties are undervalued, “people may be stuck in their existing homes for a while.”

Remodeling projects represent “almost all” Beacon Roofing Supply’s current sales of vinyl siding, windows and doors, which are more-discretionary purchases, Chief Financial Officer Dave Grace said on a Feb. 9 conference call. As the economy continues to expand, owners will “start spending on their homes,” he said.

Similarly, Fortune Brands is forecasting “slight improvement” in its repair and remodel business this year, Chief Executive Officer Christopher Klein said on a Feb. 1 conference call. The market for this segment and new housing construction will grow 3 percent in 2012 from 2011, the Deerfield, Illinois-based company forecast when it released fourth-quarter earnings that day.

“Recent modest improvement in the U.S. economy and the unemployment rate, coupled with some pent-up demand in home improvements, seems to be supporting modest growth in remodel activity,” Klein said.

The U.S. jobless rate fell to 8.3 percent in January from 8.5 percent the prior month to the lowest level since February 2009, marking five consecutive months of declines. Meanwhile, payrolls climbed 243,000, the most in nine months, exceeding the most optimistic forecast in a Bloomberg News survey.

Consumer confidence strengthened to minus 39.8 in the week ended Feb. 12 from minus 41.7 the previous week, as measured by the Bloomberg Consumer Comfort Index. That’s the highest in a year and more than 13 points above a nearly two-year low of minus 53.2 in October 2011.

Still, there may be some slowing before remodeling activity picks up, based on the Harvard indicator, which suggests acceleration may occur later this year, and the BuildFax index, which has fallen nearly 20 points since peaking in October.

Contractor-hired work also has a long way to go to reach prerecession levels, as the number of residential remodelers lags behind the September 2006 peak by more than 76,000, Labor Department data show. Government figures may underestimate the size of this industry because they track workers on payrolls, and about two-thirds of home-improvement businesses consist of self-employed people, Baker said.

Even so, the revival in residential remodeling seen last year probably will continue, which is encouraging for people in this industry, Zentner said.

“An increase in these jobs should precede a broader recovery in housing,” she said. “We have a bit of strengthening that does appear to be legitimately returning.”

To contact the editor responsible for this story: Anthony Feld at afeld2@bloomberg.net